Within your house, the lowest level is often occupied by your basement. For most people, a standard buried basement serves as extra storage room. However, a walkout basement provides numerous other options of usage. A house constructed on a sloping gradient can be constructed to have a walkout basement. This is a basement where one wall is fully open to the exterior environment. A door can be installed on this side creating the ability to walk right out of the basement without having to climb any stairs! Read on to discover more about the walkout basement!

Characteristics of a Walkout Basement

Houses that are built on a slope usually have one side being more exposed than the other. As a result of this construction style, the basement seems underground from one perspective and above ground from the other. A door can be built into the exposed section of this room resulting in a walkout basement!

Buildings that feature walkout basements are normally constructed on hillsides but they can also feature in urban cities on the street level. In both cases, a house can seem to be a one storey building from the front and a two storey structure from the back. With this type of building, occupants of the walkout basement can leave without having to use stairs.

Having a walkout basement indicates a modern house design because it takes full advantage of the uneven foundation to deliver a productive, versatile basement. Furthermore, this type of basement increases your home’s usable space without requiring the addition of an extra storey. As a matter of fact, this style of construction saves space and money during construction in urban areas.

When you have two or 3 sides of your walkout basement exposed to the exterior environment, you can install doors and windows in them. Doing so creates a room that can be used in various ways. You can transform the walkout basement into a bedroom or a game room. Furthermore, this type of basement can also be used as a lounge, laundry or extra kitchen. By building your driveway right up to its widest exposed section, you can use the walkout basement as a garage.

This type of basement allows you to install windows, shutters or doors in the wall leading to the exterior. With so many outlets through which fresh air can enter the room, ventilating the walkout basement is easy. As a matter of fact, it is much easier to ventilate this basement than a traditional buried one. Due to its open design, a walkout basement does not suffer from problems such as mold or excess moisture. As such, it is healthy for you, your kids, guests and even the pets!

Why Should You Have a Walkout Basement?

Did you know that having a walkout basement increases the overall value of your home? It’s main feature is the ability to be transformed into any type of room you want. A walkout basement can create extra, viable usable space in your home. This characteristic proves its utility as an additional asset for your home. It also translates directly into a higher sale price for your home upon sale. As such, if you are building or buying a home, get one that has a walkout basement.

A house that is fitted with a walkout basement is very beautiful to behold. The basement creates an illusion of extra storey thus transforming a standard structure into a large family house. You can add a door with glass cutouts in the exposed wall and creatively placed windows as well. Together, these features make the walkout basement highly attractive and to your house becomes a welcoming home!

Unlike other types of basements, you can install large windows and doors in a walkout basement. If your house is situated on a hillside, this proves to be especially beneficial because it provides a fantastic view. With the windows open, the hillside breeze can flow into the walkout basement and facilitate natural ventilation. Thanks to this feature, there’s much less pressure on your home HVAC system and this makes the walkout basement a truly livable space!

A walkout basement can be lit naturally without having to add too many artificial fixtures. You can install the windows and shutters facing the East or the West. Arranging them in this way floods the room with ample sunlight in the morning and the afternoon. Having ample illumination in your walkout basement makes it even more livable during the day resulting in maximized utility.

Buried basements often experience excess moisture that creates a perfect environment for the growth of mold or fungi. They make the room unhealthy for people or pets to live in. A walkout basement gets free flow of air resulting in better aeration and no chance of excess moisture. Due to this characteristic, it is healthier than other types of basements.

The most innovative type of room in modern houses is the walkout basement. It provides well ventilated, perfectly lit and versatile spaces that you can transform into any type of room you desire. It increases the value of your home and even saves you money on HVAC and ventilation. A walkout basement is much more than a room, it is a domestic asset in your home! 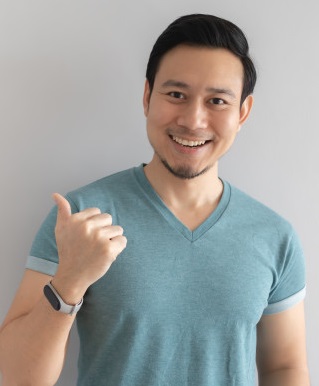 I am passionate about all things home design and construction. When I was a child, I was making a mess and nailing everything together in our garage.

I have also worked for a construction company, so I share my advice and experience in the home constructions and design. Sometimes I have played baseball, So I have an idea about it. I recommend the best product to help you accomplish your goal.

If you want to learn more you can visit the about-us page or if you have any suggestion please contact me.